Last changed 11/18/21 at 9:00 a.m
*This is not an advertisement for credit as defined in Reg.Z; contact a participating NIFA lender for Annual Percentage Rate (APR) information. Rates are subject to change without prior notice.

Speakers: Danushka Nanayakkara-Skillington, Assistant Vice President for Forecasting & Analysis at the National Association of Home Builders, and Dr. Eric Thompson, the Karl H. Nelson Professor of Economics and the Director of the Bureau of Business Research at the University of Nebraska-Lincoln

In this webinar, NIFA’s Robin Ambroz and John Turner gave an update on the Emergency Rental Assistance (ERA) Program for the Balance of State (all of Nebraska, excluding Lincoln/Lancaster and Omaha/Douglas). They described who is considered an eligible recipient and the eligible types of assistance for both rent and utilities, as well as other considerations.

Next, Lisa Vukov from MACCH reported on the program's application in Omaha. She noted that they are currently developing their online application portal and call center capacity. They have issued a request for proposals for partner agencies, with a goal of having three to five partner agencies that will help process claims and payments. Program launch is targeted for early April.

Finally, we heard from COPE’s Jane Gordon on the administration of ERA in Douglas County (excluding Omaha). She outlined COPE's history, from their beginning as a group of local churches serving neighbors, to their current work, offering "enthusiastic support to anyone regardless of race, color, religion, sex, sexual orientation, gender identity, disability, and national origin." She stated that COPE is currently preparing its website for increased traffic and designing its workflow, application, and approval processes. They will be ready to start receiving applications on April 16. 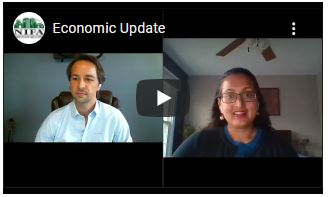 Welcome to the NEW NIFA.ORG